How Mukesh Ambani Makes His Money?

The chairman and managing director of Reliance Industries, Mukesh Ambani, is Asia’s richest man today. In May last year, Reliance became the biggest company in India in terms of revenue generation (INR 6.23 crore for Financial Year 19).

Reliance Industries Limited is a conglomerate company with a wide range of businesses, including energy, textiles, natural resources, retail, telecommunications, and petrochemicals. As the highest private-sector taxpayer in India, RIL accounts for around 8% of total merchandise exported from India. Not only that, 5% of Government’s overall revenue comes from Reliance industries limited. Today, Reliance is one of the top Companies in India by Market Capitalization.

So, how does Mukesh Ambani makes his billions? Here’s a list of companies owned by Reliance Industries Limited.

Reliance Jio has played a pivotal role in fueling the growth of mobile Internet users in India. With the entry of Jio in an already saturated telecom sector, the data prices had seen a quick downfall. All the existing operators had to slash their rates down from around Rs. 250 per GB to Rs. 15 per GB to stay competitive. As a result, data consumption among Indians had also increased dramatically. It has risen from 200 million GB to 3.7 billion GB per month. Jio has transformed the entire landscape of the telecom industry. Since its launch in 2016, Jio has attracted billions of users and changed the way people consume the internet on their mobile devices. 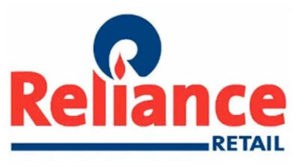 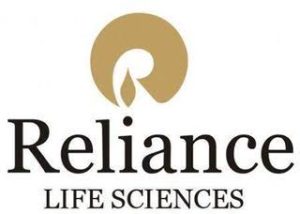 Reliance Life sciences deals in areas such as industrial, plant biotechnology, and medicine. Some of their specialties include manufacturing, branding, biopharmaceuticals, biofuels, biotechnology, regenerative medicine, innovative therapies, and clinical research services, to name a few.

Reliance logistics offer services such as distribution, transportation, warehousing, supply chain, and other areas. They have the well-established infrastructure and their fleet to carry out everything related to logistics. Apart from managing the logistic needs of the Reliance group of companies, they also provide their services to third parties.

Over the years, Network 18 has grown by leaps and bounds. It has acquired some of the most successful networks, such as the ETV network, and has partnered with History TV18 and Viacom 18.

Learn about the Top 5 Most Inspiring Entrepreneurs in India.

Hello there! I'm the Features Editor for IndiaTechDesk.

Why Indians Are Immune To Coronavirus? Top 4 Possible Reasons

Top 5 Companies in India by Market Capitalization in 2020

10 Indian Celebrities Who Have Their Own Business